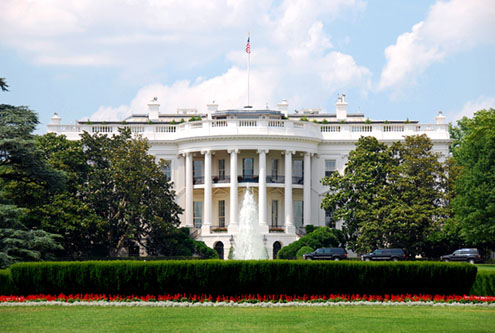 In an evening post Tuesday on Twitter, the President wrote: “With interest rates for the United States being at ZERO, this is the time to do our decades long awaited Infrastructure Bill. It should be VERY BIG & BOLD, Two Trillion Dollars, and be focused solely on jobs and rebuilding the once great infrastructure of our Country! Phase 4.”

Senate EPW Chairman John Barrasso (R-WY) also tweeted Tuesday night, “In the Senate, we have a bipartisan bill that will invest billions in America’s highways and is ready to go. Our bill will cut red tape so projects can get done better, faster, cheaper, and smarter.”

Speaker Pelosi held a call yesterday with reporters (and industry officials, including Jerry Voigt) and outlined proposed funding for a phase 4 economic rescue package, which would include infrastructure construction, drinking water, energy and broadband Internet. House T&I Chairman Peter DeFazio (D-OR-04) expressed support for the President’s proposal and disappointment with Republican Senate and House leaders, who have suggested waiting to see what the CARES Act, signed into law last Friday.

“Rebuilding puts people and workers first,” Chairman DeFazio says. “We have to have a better system for the future. We need to be prepared for the next major threat – climate change. If we are going to rebuild, then let’s build it a way that is more resilient, with material that produces less carbon dioxide.”

Speaker Pelosi says that although the CARES Act (signed into law last week) includes $25B for transportation, there is a need for more funding. “This is a bill that is a long time in coming,” she says, adding this is a bill “for the people.”  She also says the Buy America provision will be included in the bill.

According to a report in THE HILL today, there is no broad agreement among Democrats what the infrastructure funding would be, “But the still-evolving legislation will build on a $760 billion infrastructure proposal unveiled by the Democrats in January.”