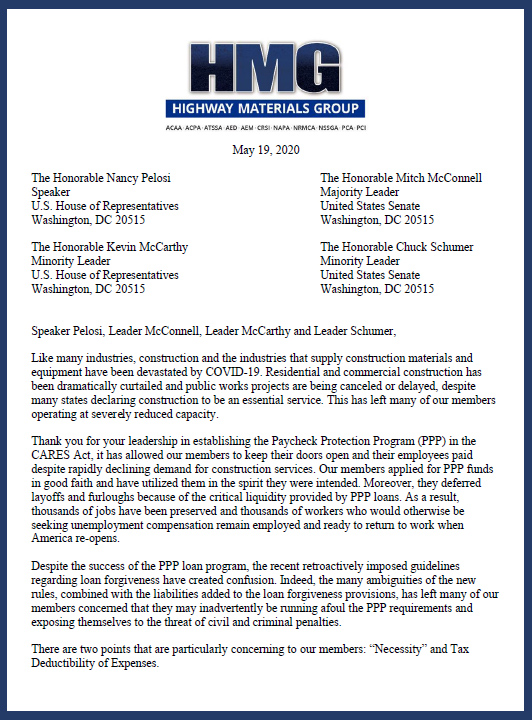 A letter from the Highway Materials Group expressed concerns about specific terms associated with loans under the CARES Act passed by Congress at the end of March.