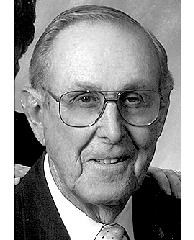 ACPA learned yesterday of the passing of Arlo “Wayne” VanMeter, formerly of Clarkson Construction Company. He passed away on June 9, 2020 in Weston, MO.

“For myself and many people in the industry, we will remember Wayne as a soft spoken, but very influential man and a pioneer and strong supporter of both the industry and the people who make up the industry,” says Jerry Voigt, ACPA President & CEO. “He possessed the admirable traits of being both a strong and passionate leader, while also being very kind and thoughtful.”

Wayne’s passion for concrete paving and his support for the industry and association—even through some difficult times—cannot be undervalued,” says Todd LaTorella, Missouri/Kansas Chapter Executive. “Wayne understood that the success of our industry relied on the agencies, engineering community, and industry working together.”

We extend our deepest sympathies to the VanMeter family, and their many friends and colleagues throughout the industry.

Visitation and services were held Sunday and Monday of this week, but those who wish to deliver a message of condolence to the family are encouraged to visit a memorial page at: https://www.legacy.com/obituaries/kansascity/obituary.aspx?n=arlo-wayne-vanmeter&pid=196331637&fhid=6993. In addition to leaving a remembrance or message of sympathy, the site also presents an option of planting a tree in his honor.