House T&I Committee Chairman Peter DeFazio (D-OR) today released the text of the much-anticipated surface transportation reauthorization, known as the INVEST in America Act, according to information provided by ACPA legislative consultants Ed Graber and Chad Bradley. This is a five-year, $494 billion package built largely on the framework he released in January. (Click here to see related story.) 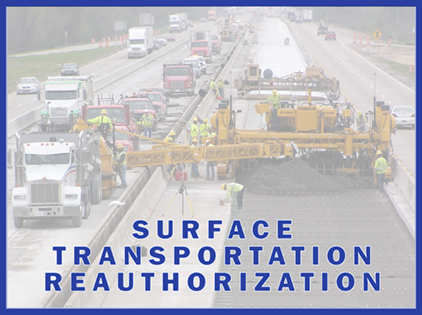 According to sources with the committee, there are three main titles, with topline funding amounts of $319 billion for highways, $105 billion for transit, and $60 billion for rail. This represents an increase in highway funding of roughly 46%.

The major themes of the bill are state of good repair, safety and climate mitigation, and resiliency.

For the Highways title, FY 2021 would see an extension of current policies under current law, though the boosted funding levels in the bill allow continued recovery from COVID-19 rather than a mandate to stand up new programs while agencies are still recovering. There will also be new eligibilities to help with recovery like allowing funds for operations and administrative expenses, as well as 100% federal cost share (i.e. waiving state-match requirements).

Starting in FY 2021, the new programs and policies that would take effect, include:

There is also a series of climate change provisions throughout the measure, including:

The committee tentatively plans to mark up the bill June 17. It is worth noting that T&I majority have not yet shared details on the bill’s policies or timing with their Republican counterparts, nor has the Ways and Means Committee decided how it will pay for the bill.

Majority Leader Steny Hoyer (D-MD), in a ‘dear colleague’ letter dated May 29th indicated that surface transportation legislation is among several must-pass bills slated for consideration on the floor in late June through July.

We will keep you apprised as more details are made available. We consider it a good sign that the House is prioritizing a surface transportation bill this summer.