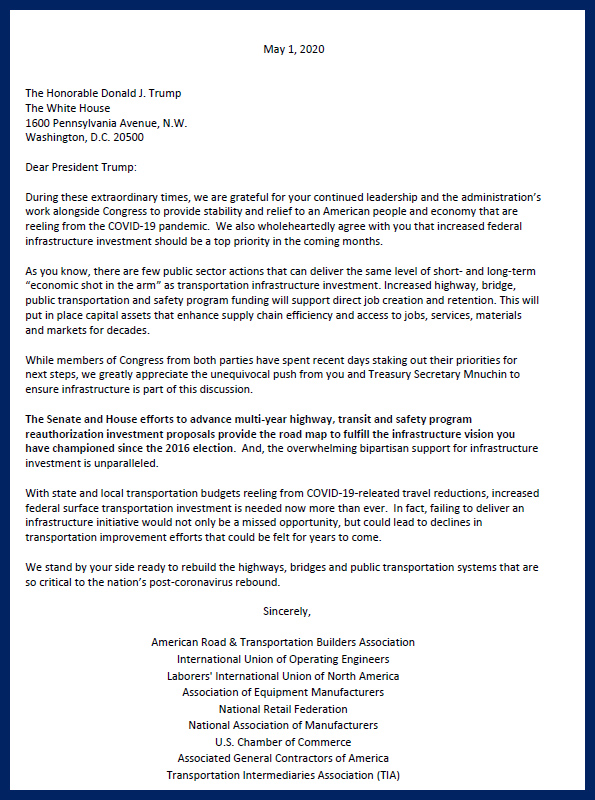 ACPA was one of 71 organizations* to sign a letter in support of the President’s stated goal of making increased federal infrastructure investment a top priority in the coming months.

The large and diverse ad hoc group represented transportation-construction associations, public officials, highway and roadway user groups, labor groups and many other stakeholders. In all, the groups represent thousands of companies and organizations, as well as millions of citizens.

For ACPA, this was another opportunity to maintain strong visibility and to continue efforts to inform and persuade elected federal officials to include transportation-construction in near-term economic rebuilding and to address long-term investment in highways, roads and other surface infrastructure.

“Time and again throughout the history of the United States, infrastructure has played an important role in jobs creation, economic growth, safety and security and the quality of life for all people,” says Leif Wathne.