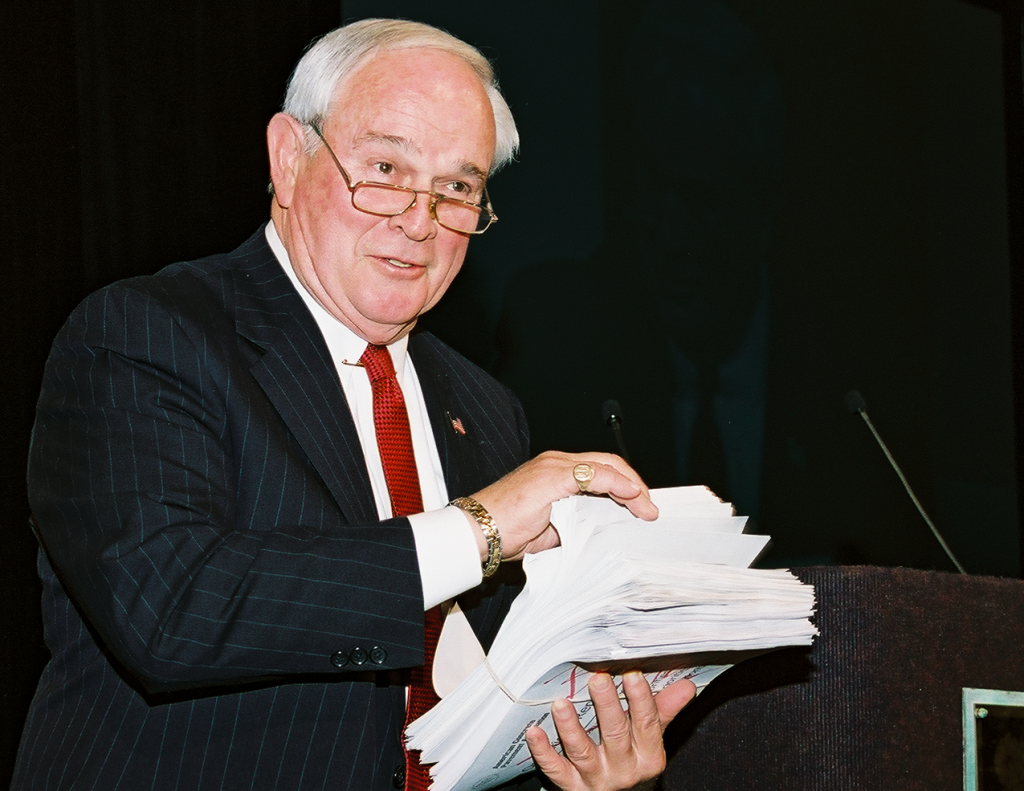 On Monday, we had the sad duty of reporting the death of Robert “Bob” Priest, formerly of Sanders Saws and Blades.

Bob grew up in Richmond, Virginia where he attended Manchester High School then Virginia Tech briefly. He joined The Norton Company in 1963 moving to Philadelphia then to Dallas, TX. In 1968, he joined The Robert G. Evans Co.in Kansas City, and in 1983, he purchased Sanders Saws and Blades, and was involved in the demolition and building of highways, dams, and bridges all over the world.

He was an active member of both ACPA and IGGA for many years and remained active even after his retirement. He served on the ACPA Board of Directors and was an ardent supporter of the Association’s government affairs program. In that role, he led the ACPA PAC fundraising effort so passionately and effectively that he earned the nickname, “PAC Man.”

Bob also served as IGGA’s President and Treasurer for many years, his earnest efforts in shaping the grinding industry helped it grow into the robust industry it is now. In addition to his role as a leader with the national associations, Bob was also a strong supporter of ACPA Chapters and served as a volunteer leader with several of the state and regional chapters. Bob was instrumental in the founding of the Northeast Chapter – ACPA, which was the forerunner to the current chapters in New York, Pennsylvania, and the Mid-Atlantic region. In recognition of his significant contributions to ACPA, Bob received the Association’s highest honor by being named the 2003 recipient of the Hartmann-Hirschman-Egan Award.

He is survived by his wife Norma, sons Robert Jr. and Christopher, granddaughters Candice and Wendy, and eight great grandchildren. We will remember Bob for his generosity, good humor, and his service to the industry.

A date and time for a memorial service will be set in the near future. If you would like to present a memorial gift in Bob’s honor, please visit https://communitybraininjury.org, or alternatively to send a contribution to: Community Brain Injury, 681 Hioaks Rd., Suite G, Richmond, VA 23225.