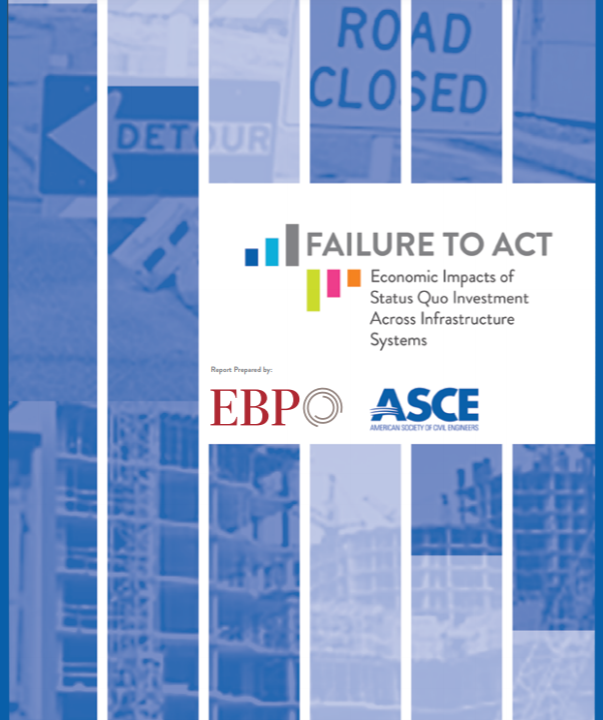 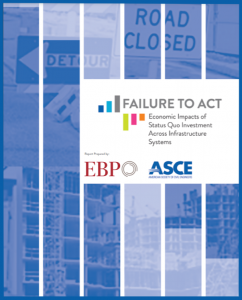 The report, “Failure to Act: Economic Impacts of Status Quo Investment Across Infrastructure Systems,” quantifies how the persistent failure to invest in our aging infrastructure will cost the average American household $3,300 a year in disposable income over the next 20 years.

The report also describes how major sectors like manufacturing and health care are particularly vulnerable to the impacts of underinvestment, and these negative consequences will cascade over time. ASCE finds that with an increased investment of $281 billion a year — $5.48 more per household a day — the U.S. can eliminate this drag on the economy. The report shows the positive impact this would have on the domestic economy by 2039.

There’s much more to the report and ASCE is planning a webinar in February to explore the topic of infrastructure investment in greater detail. We first reported on the “Failure to Act” public affairs initiative last September when ASCE first issued the preliminary report. Look for additional information on this topic in future issues of ACPA TODAY.