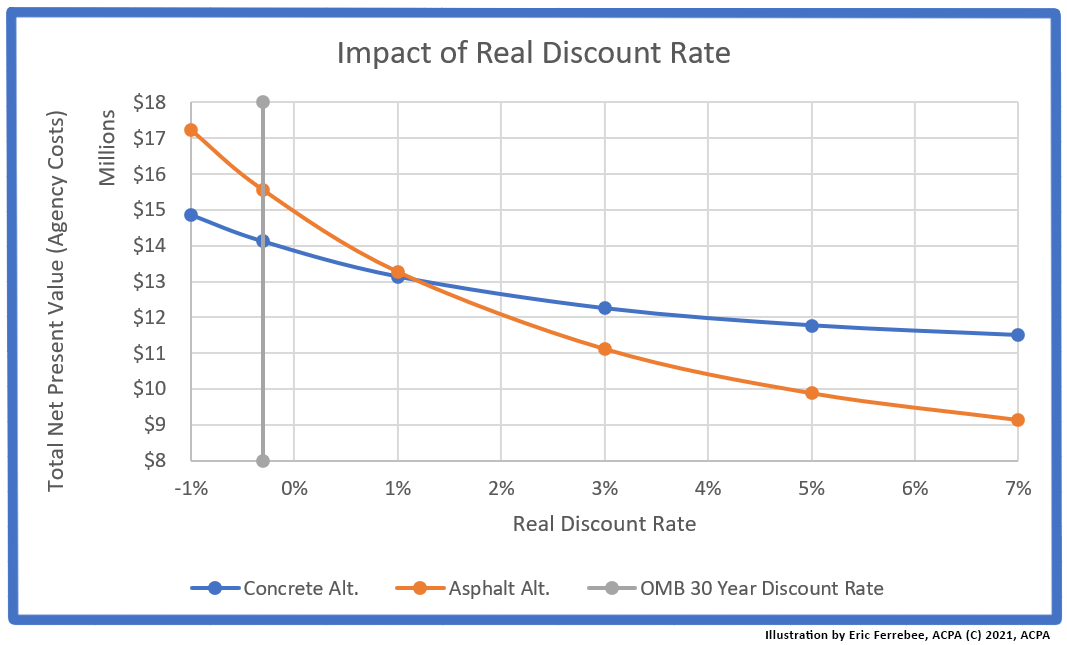 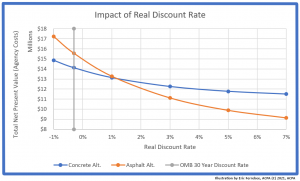 Editor’s Note: This is the second of this three-part series about the OMB’s discount rate and why it’s important to transportation construction officials in both the industry and public sector. Look for part three in our next issue of ACPA TODAY.*

The discount rate published by OMB annually in Appendix C of OMB Circular No. A-94 is recommended for use by the Federal government and state agencies as the real discount rate to use when performing life cycle cost analyses of pavement alternatives and other government projects.

The graph was developed comparing alternatives presented in ACPA’s Engineering Bulleting (EB011) on Life-Cycle Cost Analysis. In the example, the initial cost of the asphalt is 33 percent less than that of the concrete pavement (a large and in many cases unrealistic difference). But when future maintenance/preservation activities over a 50-year period are included in the analysis using the OMB-recommended discount rate, the concrete option clearly becomes the better buy even with a wide and unrealistic difference in first cost.

Illustration shows the impact of the real discount rate on both concrete and asphalt pavements. © 2021, American Concrete Pavement Association. 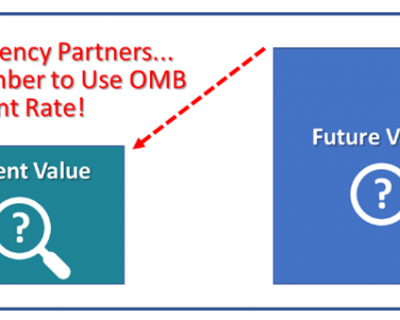 Reminding Agencies of Discount Rate, a Top ACPA Priority in 2021

ACPA National and our state and regional affiliates have been reaching to our agency partners to make them aware of the new published Office of [...]
Read more 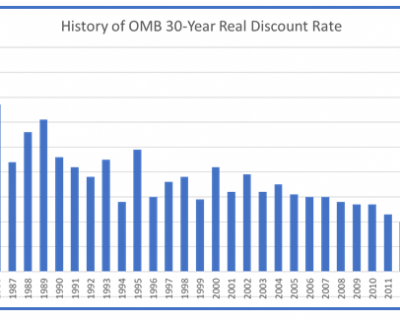 Editor’s Note: This is a three-part series about the OMB’s discount rate and why it’s important to transportation construction officials in both [...]
Read more