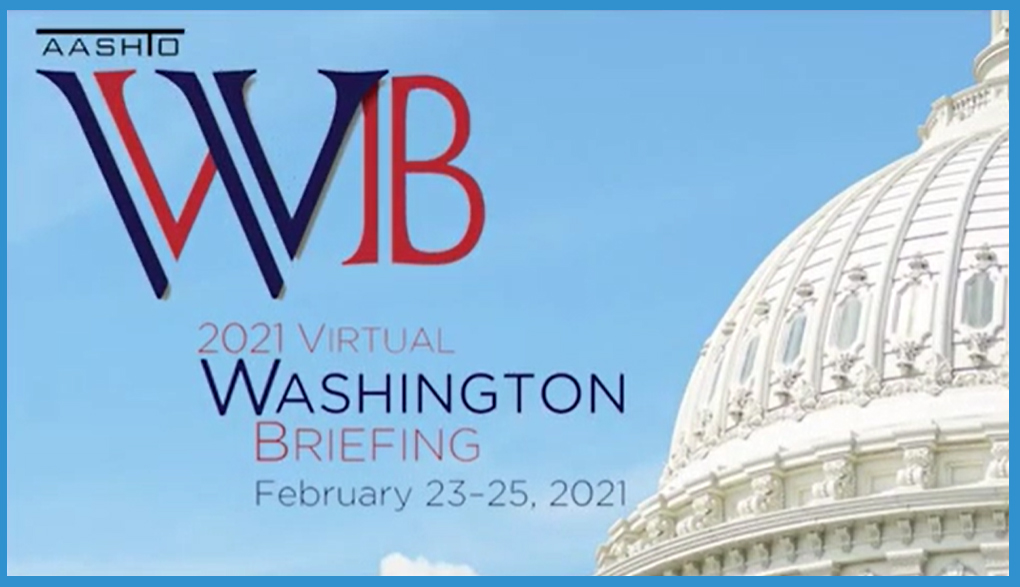 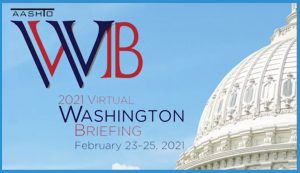 AASHTO’s annual Washington Briefing last week, providing an opportunity for participants to hear insights from the Administration and key members of Congress. Leif Wathne participated on behalf of ACPA.

U.S. Transportation Secretary Pete Buttigieg delivered a keynote speech, emphasizing the importance of restoring the solvency of the Highway Trust Fund in a “sustainable, predictable, defensible, and affordable” manner, adding that “some sort of road usage levy will be necessary” on all vehicles in the future.

Sec. Buttigieg added that although the federal tax on motor fuels has not been increased since 1993, and the HTF has not been solvent since 2008, “the gas tax is not a long term solution [for regaining HTF solvency] anyway. I don’t think that is where energy will be in this administration, especially as there are so many different [funding] possibilities on the table like user-pay through a VMT [vehicle miles traveled] fee.”

However, when it comes to switching to a VMT fee, “the trouble is no one has yet put together a solution to resolve privacy concerns,” he said. “But the future of the [HTF] revenue side is not looking like what we have today.”

Buttigieg also touched on a wide range of other topics during his speech, including:

The “first order of business” at USDOT right now is to understand how the agency can be “that good partner” to state, local, and tribal governments across the country. “We have to understand that transportation investment is about a lot more than dollars and cents; it is about American values at stake, even in work that seems so very technical,” he said. “We’ve got to make sure everything we do leads to less pollution and to infrastructure that is more resilient in the face of climate change; that accelerates equitable growth but also increases the global competitiveness of the country.”

Rep. Peter DeFazio (D-OR-04), chair of the House T&I Committee, emphasized in his remarks that “we certainly have common cause with state DOTs to rebuild the infrastructure of this country.”

“This is going to be a transformative [surface transportation reauthorization] bill,” Rep. DeFazio said. “We are going to do real infrastructure investment, but it will be transformative – it will address severe weather events, severe wildfires, severe flooding, and obviously sea level rise and other coastal states. I don’t think you will see a ‘status quo’ bill out of the House or the Senate this time.”

Rep. Sam Graves (R-MO-06), Ranking Member of the House T&I Committee, said that “while the dynamics are different in the House and Senate this year,” he and his caucus are working hard to craft a bipartisan bill.

Sen. Tom Carper (D-DE), Chair of the Senate EPW Committee said, “Our committee has a long history bringing people together from both sides of the aisle” and pointed to the surface reauthorization bill issued out of the EPW committee 18 months ago unanimously.

“Now the work before us is to get a robust reauthorization bill across the finish line,” he said in his remarks. “President Biden made clear one of his priorities is to invest in our transportation infrastructure – and reauthorization can play a central role in his Build Back Better infrastructure vision. It is my hope my colleagues on other committees help to mark up our bill this summer and pass it before the current one-year extension expires.”

Sen. Shelley Moore Capito (R-WV), Ranking Member of the Senate EPW Committee, echoed Chairman Carper’s sentiment, noting that, “the best thing we can do is pass a very long term transportation bill. It would be great to get a six year bill passed but we are aiming for five years.”

Other transportation officials and advocates also participated in discussions on the web-based meeting.—Sources AASHTO Journal and 2021 Washington Briefing web and video posts.

Last week, the U.S. Department of Transportation published a Notice of Funding Opportunity for $1 billion in competitive grants under the Safe [...]
Read more 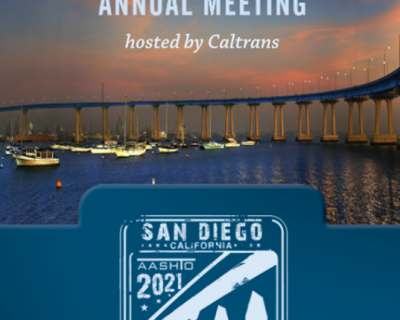 Last week, Leif Wathne participated in the AASHTO Annual meeting on behalf of ACPA, including the Council on Highways and Streets meeting and the [...]
Read more

At the recent AASHTO Committee on Materials and Pavements (COMP) virtual annual meeting, ACPA presented an overview of association activities in [...]
Read more

American Concrete Pavement Association (ACPA) @PaveConcrete
19 hours ago
Planning to attend WOC in January? Use ACPA’s unique code below to register and give back to the Assn. Not only does using ACPA’s code save you money on registration, but it also gives back to ACPA to help grow our continuing education, technical, and advocacy efforts. https://t.co/U5GXqHm3h3
View on Twitter

American Concrete Pavement Association (ACPA) @PaveConcrete
20 hours ago
Thank you to everyone who joined us in Nashville to collaborate, learn, and celebrate at ACPA's 59th Annual Meeting. Bringing together the membership is always the highlight of the year, and ACPA is thankful for everyone who made the week special. https://t.co/ajduvyWcZN
View on Twitter