The event, which began in Moline, IL, was followed by PEM test demonstrations at Hahn Ready Mix, Sand & Gravel in nearby Davenport, IA.  About 40 professionals representing the FHWA, Illinois DOT, industry and the CP Tech Center attended the open house event.

PEM was developed in part, due to the traditional testing and acceptance methods, which are based on factors such as strength, slump and air.  Although these are measures of quality, they have little correlation to future performance, says the CP Tech Center, which notes the goal of the PEM transportation pooled fund is “to bring new testing technologies to state agencies and assist in new test methods that will help deliver durable, long-lasting concrete.”

“We need to make a spec that works better than what we have at the moment,”  Taylor said as in his opening remarks.  “As we move away from prescriptive specs, method specs– and move toward giving the contractor and the producer ownership of their mix designs, we have to keep moving away from the prescription, giving the freedom and innovation over to the people making (the concrete),” Krstulovich said.  Ayers said, “What we don’t consider in pavement design is durability issues, and that’s what’s coming back to haunt us.  Performance engineered mixtures is going to go a long way in alleviating that problem.”

Following the insightful presentations, the DOT also provided a brief overview of the I-74 reconstruction project, a joint project among the Illinois and Iowa DOTs to improve the I-74 corridor from Moline to Davenport.  The project includes the replacement of the I-74 bridges over the Mississippi River as well as interchange ramp reconfigurations and local roadway improvements, according to the I-74 River Bridge website.

The open house continued in the afternoon with demonstrations and interactive discussions about our testing methods that support PEM.  They are: the Super Air Meter, which measures air-void characteristics of concrete; surface resistivity testing, a rapid measurement technique to determine the permeability of concrete; the box test, a measure of workability; and the V-Kelly test, also a measurement of workability. 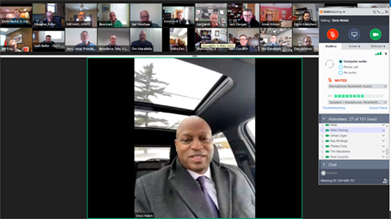 Representatives of the Illinois Chapter and ACPA National comprised one of only a few delegations to meet Monday with the Illinois Assembly’s [...]
Read more 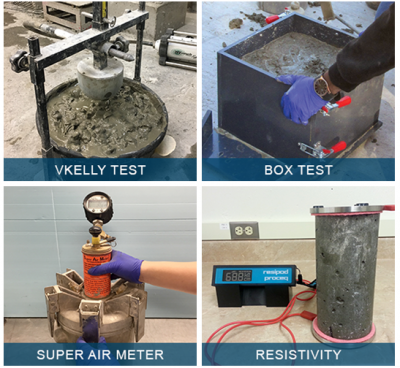 Performance-engineered-mixtures (PEM) are gaining increasing traction around the country, and one of the keys to the successful implementation of [...]
Read more 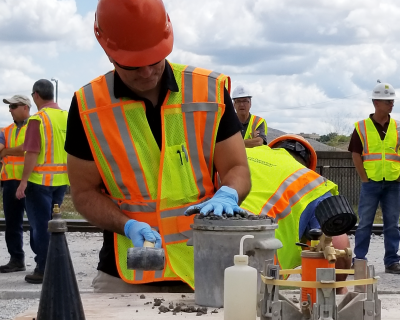 An industry meeting on July 22, 2020 offered some insights into progress on the pooled fund research and development project on Performance [...]
Read more
All News, Industry News

ACPA @PaveConcrete
8 hours ago
Today is World Engineering Day! This day offers an opportunity to highlight engineering achievements in our modern world and to promote engineering's role in sustainable development. https://t.co/PeI1CyM49z https://t.co/zh2Ewf0pfd
View on Twitter