Chairman of the ACPA Board of Directors, Steve Friess, was featured on this month’s podcast from Roads and Bridges Magazine. Steve discussed his goals for the year including increased contractor membership and involvement with ACPA. Additionally, they discussed the ACPA Whitepaper on sustainability that is being released next week at World of Concrete and the importance of embracing sustainability within the industry, alongside other issues such as diversity and inclusion and workforce challenges. Finally, the conversation concludes with concrete best practices and safety.

Thank you to Roads and Bridges for interviewing Steve and thank you to Steve Friess for representing ACPA. The entire episode can be found here. 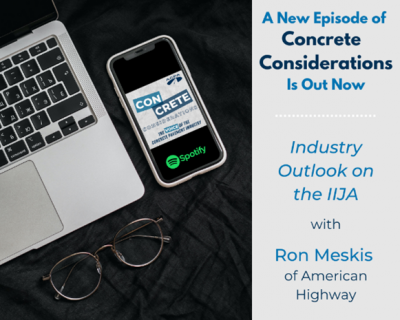 New Episode of Concrete Considerations on the IIJA is Out Now 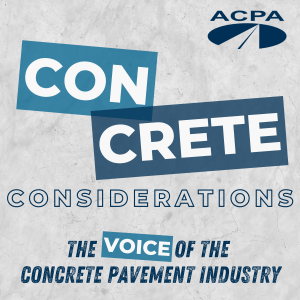 Sustainability is arguably the most important topic in the concrete industry today, and the latest episode of Concrete Considerations examines [...]
Read more 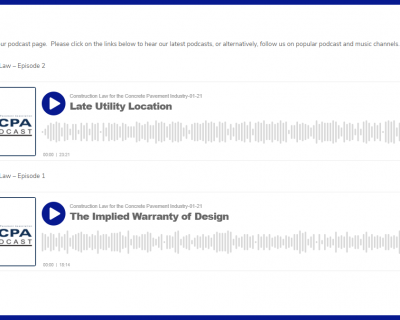